“We wanted to create a powerful and beautiful experience of Bundjalung language and culture that could be enjoyed by all generations and reflected The Quad’s history as a place of learning,” says Marisa Snow, Creative Producer and Quad Placemaking Officer. “The timing of this world premiere to coincide with reconciliation week,and Sorry Day and is particularly significant with the recent landmark recognition of Bundjalung native title in our region and 2019 also being the Year of Indigenous Languages Worldwide.”

One and a half years in the making, Dungarimba Wandarahn was created in collaboration with Southern Cross University’s Indigenous School Gnibi Wandarahn and Lindisfarne Anglican Grammar, high school and university students, researchers and arts practitioners.

Dungarimba Wandarahn (Lismore place of learning) is inspired by the stories and recollections of Bundjalung Elder, Aunty Irene Harrington. Aunty Irene was one of the first Aboriginal students to attend Lismore High School in the 1950s –now the Lismore Library and Conservatorium of Music in The Quad. Aunty Irene lived on Cubawee mission in South Lismore where she learnt her traditional Widjabul language and then went each day to Lismore High School where she says her language and culture was ‘swept under the carpet’. Aunty Irene’s story, like Bundjalung languages, is one of resilience and survival. Protection and revival of Indigenous language is a passion of Aunty Irene’s and her family. She was one of a group of Widjabul Elders who were responsible for passing Australia’s first Indigenous Languages Bill through the State Parliament in 2017.

“This project depicts Aboriginal community reconnection through language to the future,” says Professor Norm Sheehan, Director of Gnibi Wandarahn at Southern Cross University. “Aunty Irene’s life shows us the power and beauty of connection as it flows through this work.”

Dungarimba Wandarahn is a powerful multi-sensory experience of Aunty Irene Harrington’s memories as a young Aboriginal girl straddling two worlds in the 1950s. The original Lismore High School is animated with large-scale projections and a soundscape depicting her experience of a white education system. A large dome constructed on the grass over a sand circle evokes traditional Bundjalung story, language and song with music composed by Brett Canning from Lindisfarne Anglican Grammar and didgeridoo from local musician Tom Avery.

Audiences are invited to experience the work however they choose - lying down under the stars and listening, walking around each of the spaces, or sitting on a picnic rug while the kids play in the sand circle covered with animated projections of Bundjalung art. The precinct will include fire pits, an outdoor bar, mulled wine and food from Slate café.

Narelle Johnson is in her final year of a Digital Media and Communications degree and has worked closely with Creative Producer Marisa Snow and artist Craig Walsh to research the history of The Quad. Elements of her research relating to assimilation policies will be projected on the library.

Eden Crawford-Harriman from the bachelor of Media and Communications course, majoring in Screen Media, is the project’s Production Coordinator and has been documenting the work through video, still photography and assisting the production team with the technical delivery.

Sound designer Brett Canning is an accomplished musician and music teacher at Lindisfarne Anglican Grammar School. His students have helped design and produce the soundscape element of the work.

The entire team at Gnibi Wandarahn for all their knowledge and support throughout the project. Aunty Irene Harrington, Sheldon Harrington and Uncle Roy Gordon for sharing their stories, art and culture. We have been honoured to work with you and bring them to life. Read a paper here by Professor Norm Sheehan and Sheldon Harrington on language revival and its use in Dungarimba Wandarahn.

Southern Cross University School of Arts and Social Scieneces (SASS) for providing Studio 129 and tech staff in-kind for both the creative development and technical rehearsals and to Barry Hill for his support accross the project. To students Narelle Johnson, Eden Crawford-Harriman and Joshua Hebbard for their significant contribution to the project. Narelle conducted research into the history of the Quad site, in particualr into the history of Lismore High School and Aboriginal assimilation into the education system. Eden has been working closely with the technical production team for many months and has also been documenting the project both in still photogrpaphy and video.

Digital Media and Communications Lecturer Jeanti St Clair produced the original Welcome to Country audio recordings with Aunty Irene Harrington for the Southern Cross University Cubewalk Soundtrail audio walk, and these are used with permission. They have been edited with Aunty Irene’s permission for this project.

This is an all weather event and will go ahead in the rain. Please bring umbrellas and dress appropriately, no seating is provided. Feel free to bring picnic rugs and chairs if necessary. The Quad is a licenced venue and no BYO is permitted.

The Quad precinct connects the Lismore Regional Gallery, Lismore City Library and the Northern Rivers Conservatorium. The activation of the Quad as Lismore’s creative playground is a strategic partnership between Southern Cross University and Lismore City Council. The Quad presents a cross-disciplinary annual program curated by the Placemaking Officer and is also a community space for hire. 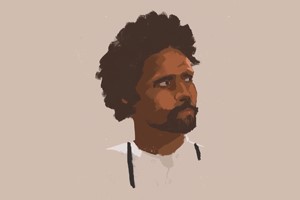 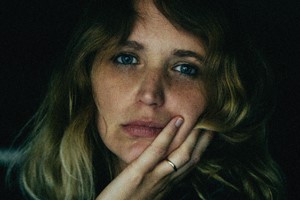 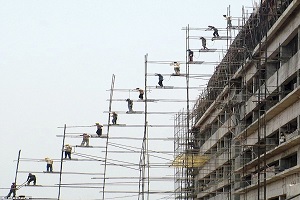